Create a popular U.S. movie, and you'll want local-language versions of everything from T-shirts to trailers -- fast! Come up with a dazzling video game, and you'll be scrambling for people who can convey an orc's powers in languages ranging from Thai to Portuguese.

Finding raw translation skills turns out to be the easy part. (Lots of online marketplaces and translation boutiques offer contract workers at every imaginable price point.) What's trickier -- and crucial -- is to set up oversight systems to ensure everything gets executed properly.

As a result, there's booming demand for an intriguing class of experts, called localization specialists, localization managers and localization engineers. They pay attention to cultural sensitivities, so a joke that's harmless in one culture doesn't become offensive in another. They also devise checklists and templates to guarantee that each country's build-out stays on track and gets done efficiently. 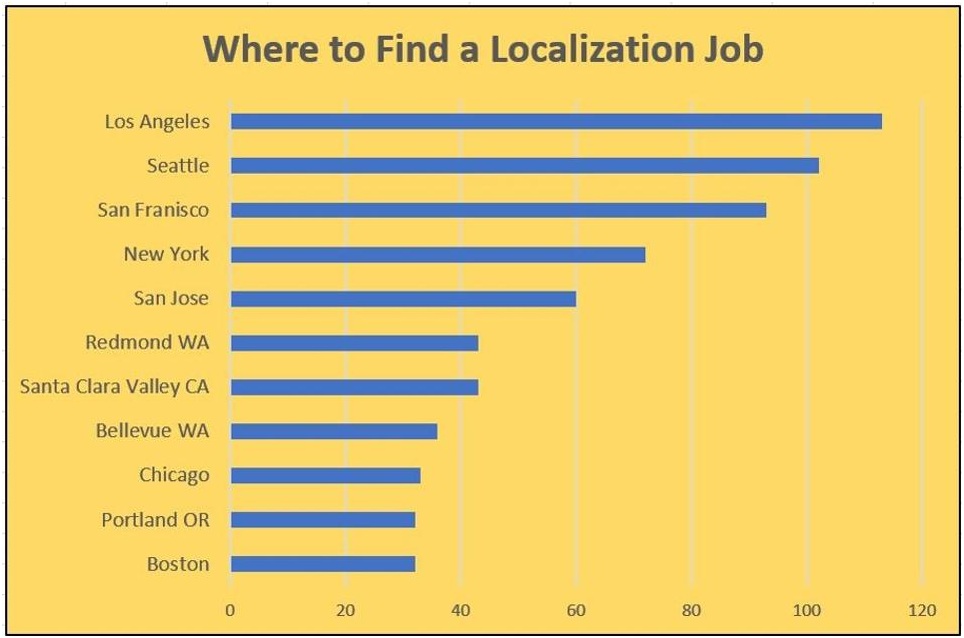 Currently, job-listing aggregator Indeed.com shows more than 1,700 openings that call for localization skills. Most of these are at fast-growing companies with big digital presences, which keep cranking out video games, software or thought-leadership essays that need to be customized for a wide range of non-U.S. markets.

Who's hiring? Employers that show up near the top of Indeed's search results include Amazon, Nintendo, SurveyMonkey, Accenture and Twentieth Century Fox. They are joined by a handful of specialized, translation-focused companies such as Lionbridge Technologies and LanguageLine Solutions.

Not many colleges treat localization as a discipline that merits its own program of study, but that's starting to change. Last year, the College of Humanities at Brigham Young University announced that it would offer a minor in localization. So far, 48 students have signed up.

«It's our fastest growing minor,» BYU officials say. They note that BYU has an unusually multilingual campus, in part because many of its students arrive at the campus after completing a two-year overseas mission on behalf of the Church of Jesus Christ of Latter-day Saints.

BYU offers in-person or online classes in more than 80 languages. While that's only a smattering of the world's 7,099 known languages, localization specialists don't need to be proficient in all the languages their projects entail. The discipline of learning another culture's way of expressing ideas turns out to be quite transferable to supervisory work in other, less-familiar languages.

I've completed a new book called "You Can Do Anything: The Surprising Power of a Useless Liberal Arts Education." Chapter 4 includes a close look at one localization project and the recent college graduates who staffed it. For a free preview of the book, see www.georgeandersbooks.com.